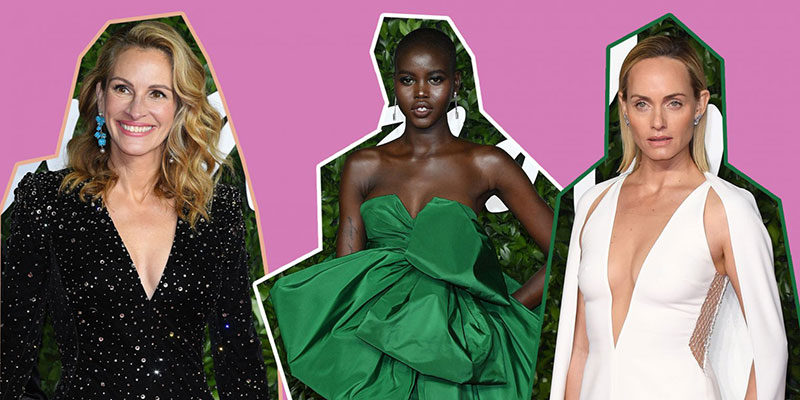 A must-see event for influential figures in the world of fashion, the British Fashion Awards were held this Monday, December 2 in London. Check out the pictures of the most beautiful celebrity outfits and the winners of the evening.

Since 1989, the British Fashion Awards have been awarded annually to leading designers, famous models and other iconic figures in the fashion world. This year, the 2019 edition was held on December 2nd at the Royal Albert Hall in London. Celebrities such as Emilia Clarke, Cate Blanchett , Kate Moss and Shailene Woodley were present at this event, often compared to the Oscars of British fashion.

The coronation of Bottega Veneta and the new generation of designers

In through the votes of 800 members belonging to the fashion industry, the ceremony rewards the talent that marked the year. The ceremony was hosted by Queen of the Red Carpet, Tracee Ellis Ross, who, with her humor, kindness and extraordinary outfits, brought all the brilliance necessary for this major event. But how to speak of this edition without addressing the fact that the Italian house Bottega Veneta has left not with one or two prices but four!

A fact that is rare enough to be underlined and which proves that within a year, the label has become a must in the current fashion. “Brand of the Year”, “Designer Accessories of the Year”, “Best British Designer for Women’s Fashion” and finally “Designer of the Year” … Daniel Lee, passed within the Céline House Phoebe period Philo , belongs decidedly to this new wave of designers – initially unknown to the general public – who have revived the legacy of a house like Alessandro Michele at Gucci or Demna Gvasalia at Balenciaga.

Behind him, it is noted that Fenty , the fashion house launched by Rihanna within the LVMH group is distributed with the Urban Luxe Award. Presented by Tyler, The Creator and Janet Jackson, the award recognizes a brand that has demonstrated that luxury and street are not antinomic. On the contrary. Rejina Pyo sees her eponymous label leave British Emerging Talent Womenswear and Bethany Williams wins British Emerging Talent Menswear.

Naomi Campbell returns with the Fashion Icon Award, which celebrates her more than 30-year career in the industry and her commitment to more diversity in fashion, Fashion for Relief and the wave of African talent that the West finally seems care. She took the opportunity to greet her personal icons from Dorothy Dandrige to Diana Ross without forgetting her own mother. A tribute was of course made to Karl Lagarfeld , the creator who revived and brought home Chanel. Anna Wintour praised the work and humor of her close friend and announced the creation of a scholarship for a new generation of designers. Kim Jones, the new artistic director of Dior Men, has been awarded as “best British designer for women’s fashion” while Giorgio Armani left with a prize celebrating his long and incredible career.

Sarah Burton , the unassuming designer behind the Alexander McQueen brand, is back with the Trailblazer Award, which recognizes fashion’s cutting-edge talents.

The one who succeeded Lee Alexander McQueen after his disappearance fully deserved the standing ovation and touching words of Naomi Campbell as its takeover of UK house demonstrate a knowledge and an unclassifiable vision. Hair stylist Sam McKnight , the celebrity hairdresser, has the Isabella Blow Award for Outstanding Fashion Creatives and Christopher Kane for the Designer Designer’s Award .

Finally, the incredible Adut Akech , a model from South Sudan who fled to Australia, created a moment of emotion when she dedicated her prize to all the young refugees. Protected by Naomi Campbell, Pierpaolo Piccioli of Valentino and Edward Enninful of British Vogue , she was crowned Model of the Year by the industry’s supporters.

The look turned to green fashion

While fashion is increasingly interested in its future in a world where environmental emergencies are many, it is not surprising to see that the Fashion Awards had put a highlight to highlight the initiatives that go in the direction of a more sustainable fashion. Of course, we think of Remo Ruffini , the general manager of Moncler, who won the Business Leader of the Year award. If the brand is known for its know-how in down jackets, in recent years it is working hard to make fashion a greener cultural space. And that’s not to mention the superb collaborations of young and fashionable designers by the Italian brand. Think about Valentino’s collaboration with Liya Kebede and Shailene Woodley, but also with British designer Richard Quinn.

Another highlight of the evening was the presentation of the prize for positive action in sustainable fashion. Last year, he rewarded none other than Vivienne Westwood, precursor on the subject. Lord of this edition, it is the signatories of the Fashion Pact who left with the prize. He was received by Emmanuel Gintzburger from Alexander McQueen, Gabriele Maggio from Stella McCartney , José Neves Farfetch , Stefan Seidel from Puma, Thierry Andretta from Mulberry and Wolfgang Blau from Condé Nast .

The prize was awarded byHalima Aden , but also Amber Valleta who, for the occasion, wore a Stella McCartney dress adorned with upcycled Swarovski stones . The supermodels Joan Small and Karen Elson also wore pieces from this exceptional collaboration of dresses but also of recycled gold and diamond jewelery. An initiative that should not surprise those who are closely following the work of Swarovski since the jeweler’s house Austrian develops its own diamonds in the laboratory, thus causing less impact on the environment and helping a more just and ethical world. An example to follow.

The most beautiful looks of the stars present during the evening in the following: