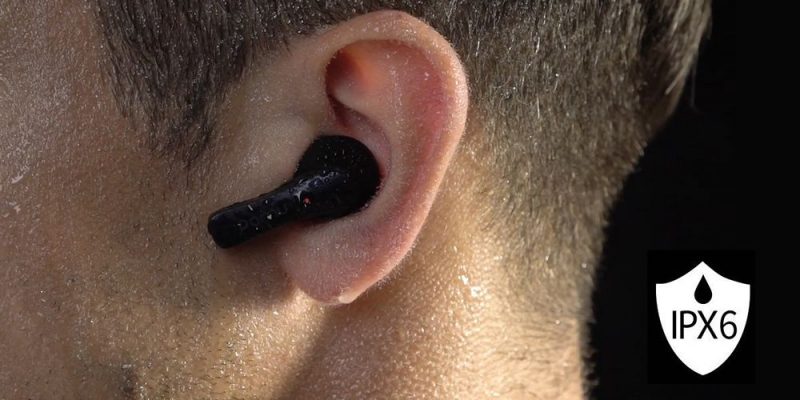 PAMU Slide is a Bluetooth wireless earphone that combines Padmate’s advanced technology and Qualcomm’s technology, aiming for the world’s best branding in the audio industry Indiegogo global crowdfunding service in the U.S, raised the highest funding amount of $ 6.29 million in 2019 and nearly doubled the previous record in the sound earphone category to become the global leader .

PaMu, which won first place in crowdfunding on the continent of the United States, Korea, Japan and Taiwan , has introduced hybrid best budget wireless earphones that combine the advantages of wired and wireless in Korea.

In addition, NBA basketball stars , tech reviewers and influencers from each field are more intimate to listeners around the world.

Research from the needs of tens of thousands of wired and wireless users, as well as research from existing PAMU users, found that sound quality, battery, ambient noise and dropouts during calls were greatly improved . In particular, in order to maximize the battery performance suggested by wire users and PaMu users, Qualcomm QCC3020 chipset, which has more than doubled the power consumption efficiency through 6 months of joint research with Qualcomm.

60 hours play / call, 45 days standby time, can give your smartphone to life with high-capacity battery not only in the former grade specifications of wireless auxiliary battery technology adopted, high-quality sound realized by Qualcomm APT-X, Qualcomm 8th Generation CVC Noise Canceling, that have created PaMu Slide as a hybrid wireless pamu earphone with the advantages of both wired and wireless communication .

The Padmate technical team has developed the PAMU slides in collaboration with Qualcomm engineers . Qualcomm’s patented Bluetooth technology and Qualcomm’s technology are among the best in terms of stability and technology recognized by all, and have been developed jointly with Qualcomm, not just using chipsets . Padmate has recently been invited to the Bluetooth SIG conference to announce the technology of the Pamu Slide, creating the cornerstone for a global brand.

Up to 60 hours of music playback / talk time and 45 days standby time . Charge your earbuds 5 times and charge your smartphone with a 2000mAh secondary battery power bank. When in a hurry smart teupon wireless auxiliary battery use to. You can see why it is a hybrid and sets it apart from other wireless earphones.

The Pamu Slide is equipped with Qualcomm’s new TWS earphone chip QCC3020, which can receive a wide range of strong signals. It also supports high quality AAC codec, as well as apt-X codec, and provides cool music closer to the original sound without loss of sound and without interruption . In particular, it is optimized for streaming supported by streaming sites such as Melon, Bucks, YouTube, etc., and data transfer is improved by 8 times, so there is no sound drifting.