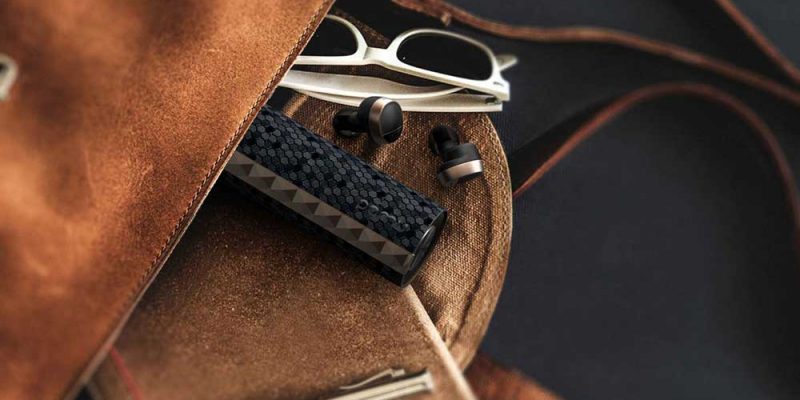 Padmate PaMu Scroll Plus is perfect for those who are looking for True Wireless headphones for everyday use or listening to music. With a lifetime of usage that is quite long and better sound quality in terms of use, it is considered easier than ever. Anyone who is thinking of upgrading to this version from the original Padmate PaMu Scroll. Must say that it is very worthwhile with this upgrade.

PaMu Scroll Plus is a true wireless headphone from Padmate brand in China. This time, PaMu Scroll Plus has many changes from the original PaMu Scroll model, which makes the usability greatly increased. Let’s start with the case of charging cases that still support wireless charging like before. Just by plugging the wireless charger into the MicroUSB port, this true wireless headphones can charge wirelessly immediately. In addition, the body of the PaMu Scroll Plus has slightly reduced dimensions and changed control. The touch button is a touch button to make the control more convenient. Because just touch lightly, and able to control the use immediately. That specification what is different from the previous PaMu Scroll is the switch to the Qualcomm chipset (the same brand that made the Snapdragon CPU for many smartphones) in QCC3020 models that support Codec aptx LL, SBC and The built-in AAC helps the sound quality to be better than the previous model at the younger level. Cd player.

The connection is still Bluetooth 5.0, which is called the audio delay in watching YouTube, Netflix does not have at all, so you do not have to worry when watching video and the sound does not match the mouth. As for the water resistance or waterproof standards that remain the same from its predecessor, the IPX6 makes anyone wanting to wear the PaMu Scroll Plus to listen to music during exercise or general use. Don’t worry about sweat, spray, or definitely raining in addition to the lifespan. PaMu Scroll that can be played for about 3 and a half hours, PaMu Scroll Plus can play music for up to 6 hours to help enjoy the music. Just takes 2 hours to charge, It’s not just the battery of the headphones only, because the case can charge itself, can standby longer than before from 80 hours to 160 hours.

For the sound, PaMu Scroll Plus is considered to have overall better sound quality than its predecessors. Anyone who is considering whether to upgrade or not. Would like to say that it is very worthwhile. The tone of the best sounding wireless headphones is mainly focused on mid and high tones. But don’t be surprised that Bass doesn’t do well. For the base that comes in the middle of the impact, Not more, not less but providing a soft and deep base, can draw the bass out for a long time resulting in an emphasis on continuous listening. The middle voice is clear and warm of the singer’s voice. Can store detailed vocals well and easily distinguish sounds from music. The high tone provides complete details of the instrument. No distorted sound to see each other, complete all components. The sound stage is given fairly wide, good classification of musical instruments and dimensions. The singer’s voice will go out in front.